The truth will be exposed... 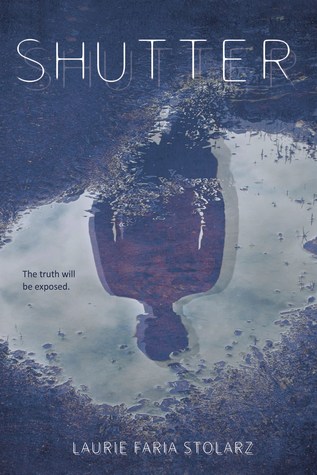 "The mystery has a fast pace and successful red herrings that will keep readers wondering about Julian's innocence." -- Booklist

THE FACTS
• Julian Roman, age sixteen, is an escapee from the Fairmount County Juvenile Detention Facility.
• His parents, Michael Roman and Jennifer Roman, are dead.
• Julian is wanted for murder.

THE QUESTIONS
• Why is Julian Roman on the run if he supposedly isn't guilty?
• Just how dangerous is he?
• And who did kill Michael and Jennifer Roman, if not Julian?

Sixteen-year-old Day Connor views life through the lens of her camera, where perspective is everything. But photographs never tell the whole story. After Day crosses paths with Julian, the world she pictures and the truths she believes-neatly captured in black and white-begin to blur.

Julian is not the "armed and dangerous" escapee the police are searching for, but his alibis don't quite add up, either. There is more to his story. This time, Day is determined to see the entire picture . . . whatever it reveals. Did he? Or didn't he?

Day digs deeper into the case while Julian remains on the run. But the longer her list of facts becomes, the longer the list of questions becomes, too. It's also getting harder to deny the chemistry she feels for him. Is it real? Or is she being manipulated?

Day is close to finding the crack in the case. She just needs time to focus before the shutter snaps shut.

Laurie Faria Stolarz is a master of suspense and romance. In this page-turning thriller, Stolarz tackles dark truths with a powerful, contemporary voice. Shutter will keep readers guessing until the very end.

Shutter is also available as an audiobook

From beginning to end, Shutter explores the mechanics of burying pain, the culmination of broken relationships, and the inevitability of change. Stolarz presents the kind of deep emotion and well-paced action common among the most successful of young-adult novels.

Purchase where accessible mysteries are needed.

This book will be popular with mystery readers and it will keep them guessing until the very end.