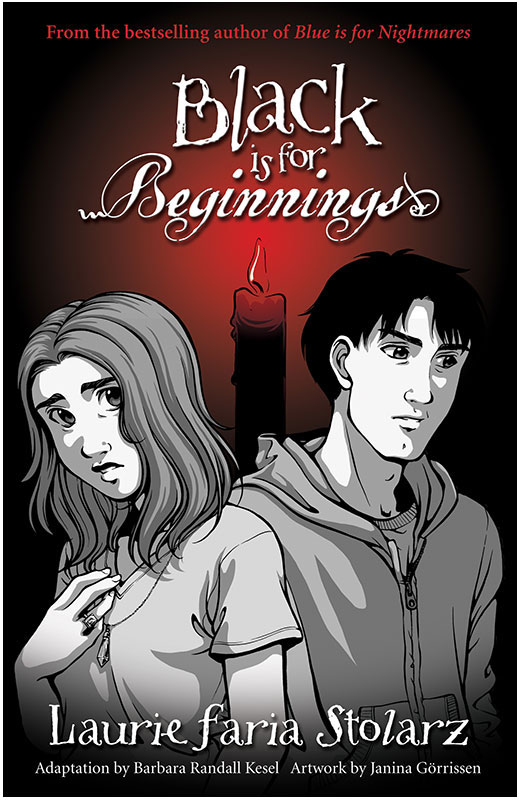 The BLUE IS FOR NIGHTMARES series that put a spell on more than half a million readers continues – in graphic novel format! Prophetic nightmares. Near-brushes with death. Killers pursuing her and her friends. Stacey Brown knows that being a hereditary witch isn’t all it's cracked up to be.

All she really wants to do is work things out with Jacob and figure out what to do with the rest of her life. But before Stacey and Jacob can have a future, they must face their pasts. BLACK IS FOR BEGINNINGS reveals the never-before-seen backstory - and what lies ahead - for the young, spellcasting lovers.

BLACK continues the harrowing adventures of Stacey and Jacob in the wake of Jacob's brush with death. Ever since he lost his memory, Jacob hasn't been able to remember Stacey - his own soul mate. He leaves Massachusetts, returning to his childhood home in Colorado, hoping to jog his memory. What he remembers is Kira, his ex-girlfriend. As Jacob works to piece together his past, will there be room for Stacey in his future?

"The half-million readers of Laurie Faria Stolarz’s paranormal mystery series will be happy with this shift to graphic style,
offering as it does the pleasure of putting faces on characters, its visualized eeriness and vibrant displays of emotion...The graphic style allows Stolarz to distill the story while simultaneously dropping hints about Stacey and Jacob’s supernatural talents, luring new readers to the series."

"Taking Stolarz’s Blue Is for Nightmares series into the graphic-novel realm is a bold idea, and it pays off
in this morbidly entertaining and surprisingly romantic page-turner."

"Black is for Beginnings is an intriguing and creative work about lovers, magic, dreams, and new beginnings."

“This scary and romantic story, with its larger-than-life emotions and darkly twisting plot, lends itself well to the graphic novel format. The teenage characters, their dialogue, and their interactions are well imagined and ably captured. And when you are not enjoying the great dialogue or fantastic artwork, it is fun to pore over the little details…BLACK IS FOR BEGINNINGS serves both to draw new teen readers to the series and to supply existing fans with interesting additional background and never-before-seen details. A winning formula!”