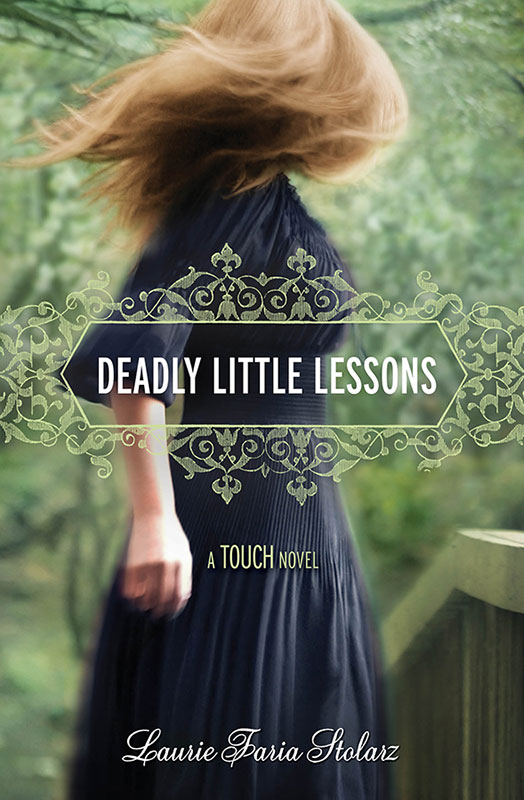 Camelia Hammond's trying junior year of high school is finally over...but her troubles aren't. After she discovers a painful truth about her family, she escapes to a summer arts program in Rhode Island. Determined to put family - and boyfriend - drama behind her, she throws herself into her artwork.

At the arts school, she gets caught up in the case of Sasha Beckerman, a local girl who is missing. Even though all signs suggest that the teen ran away, Camelia senses otherwise. Eager to help the girl, she launches her own investigation. She finds a blog by someone named Neal Moche, a psychometric who might have clues to Sasha's whereabouts. There is something familiar about Neal, and Camelia realizes how much she misses Ben, despite being committed to Adam.

But time is running out for Sasha, and Camelia will have to trust her powers if she's to save her. Will the lessons Camelia has learned in the past give her the strength to do so?

"Laurie Faria Stolarz’s Touch series continues to thrill and entertain. The pages fly by with a terrifying mystery, spicy romance and paranormal intrigue. As with her past books, Stolarz uses the clever technique of interspersing chapters from others' viewpoints in addition to Camelia's. She also weaves in a wonderful message of the importance of being true to oneself, showing this in Camelia’s aunt's struggles with mental health issues, Wes' fight against his father’s mission to change him into someone he’s not, and of course, Camelia’s journey toward accepting herself as the wonderfully unique person she is."